At Cold Wars 2009, the HAWKS staged a refight of C.S. Grant's version of Lobositz. Here are some pictures and comments on that event. This and a few more upcoming posts have been rescued from my defunct webpage. Perhaps they were always that bad but the pictures seem to have lost something in the process. New material will eventually follow.


The scenario was an adaptation for Charge! and our armies of C.S. Grant's Lobositz game from his excellent book the Wargame Companion. A total of 10 "countries" contributed forces: North Polenburg, Rosmark and their allies provided the bulk of the Austrian forces while Shoeffen-Busch-Hagen and their allies and mercenaries took the role of Prussia. Astute observers will note that while the old Rosmark brigades, The Queen Regent's, the Foreign Regiment, the Gensdarmes and the Voluntaires de St. Lambert fought as allies of North Polenburg,  MacDuff's Fusiliers, The Crown Prince Carabiniers and the Ostmark Hussars fought on the other side. Could it be that a War of Succession is looming now that the Crown Prince is of age?

An overview of the "Austrian" positions at the start of the game. Rosish infantry and cavalry in front, Stanz Back Anwatch behind them, North Polenburg infantry to the right of them. The "Prussians" can be seen massing off table in the far distance. 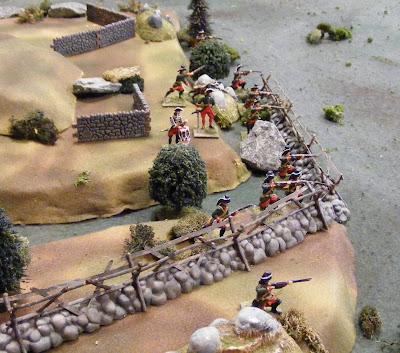 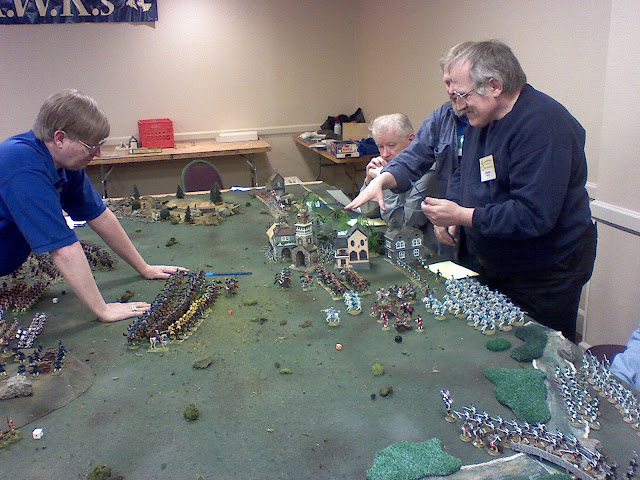 The game begins. The "Prussians" advance their cavalry while the "Austrian" left splits, some crossing ahead and wheeling, others moving to the center, rushing to cross the bridge before the "Prussians" can interfere. 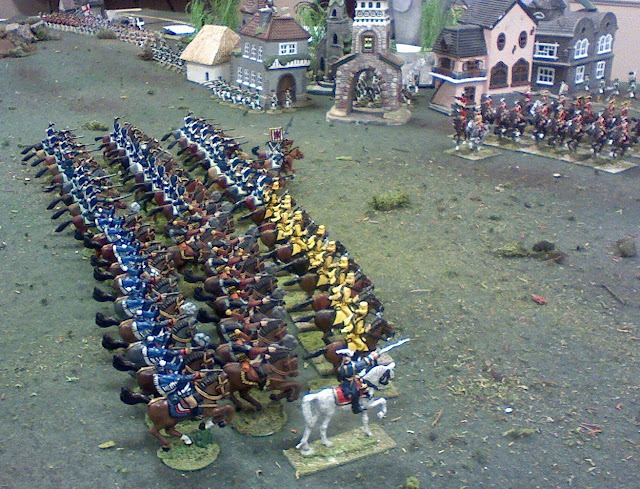 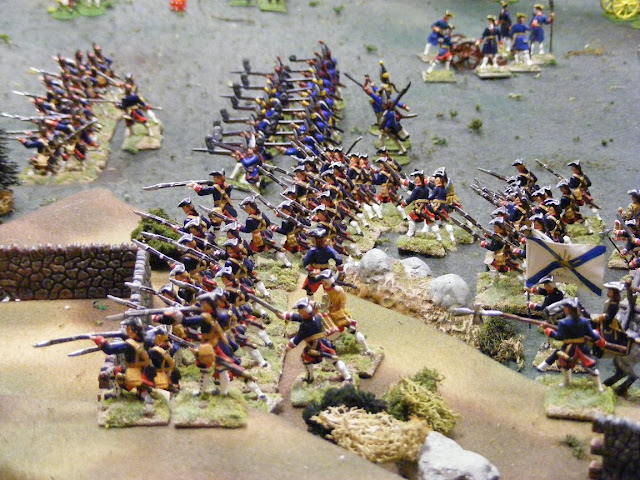 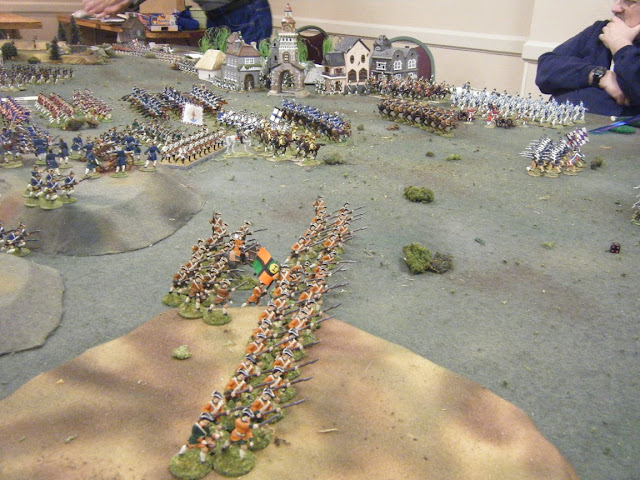 The Wachovians deploy on the "Prussian" right to stem the tide of attacking "Austrian"
cavalry and infantry. They will hold the flank but will be destroyed in the process 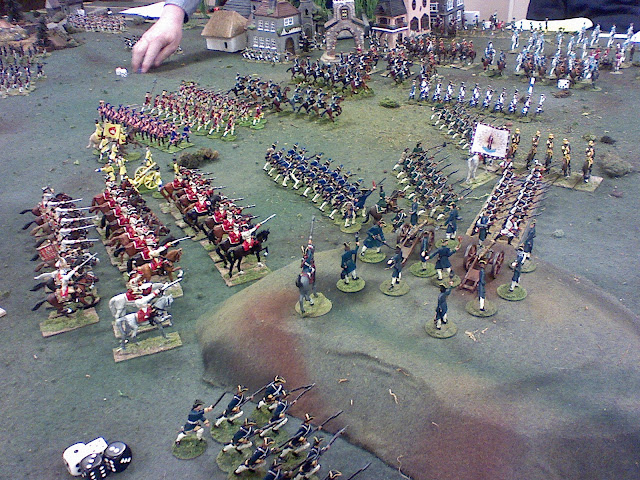 The climax approaches. During a lull in the indecisive series of cavalry charges, the "Austrian" reserve squadrons charge into the "Prussian" foot. These hold them off but are then hit by the "Austrian" infantry while rallying and are broken. 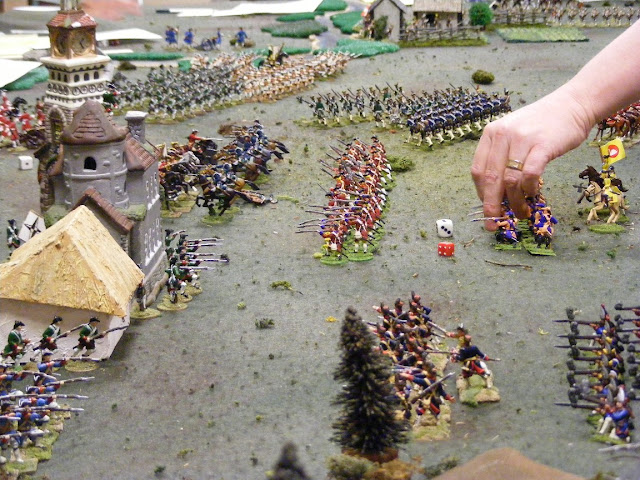 The "Prussians" have finally cleared the Lobosch only to find their worn units facing
fresh "Austrian" reserves. After 3 hours of fighting the attacking "Prussians" have
lost heavily and made almost no inroads into the Austrian position and are being
pressed on the right by an Austrian counter attack. It is time to fall back.
Posted by Ross Mac rmacfa@gmail.com at 4:56 AM

Welcome to the Not Quite the Seven Years War.

This is a long standing fictional wargame environment created by the HAWKS (Harford (Maryland) Area Weekly Kriegspielers) for playing Charge! using homecast semi-flat miniatures.
This blog is being created by myself, Ross Macfarlane, (a sort of Canadian Mascot that the HAWKS took pity on and adopted at the turn of the century ) Rob Dean, the founder of the project along with Chris Palmer, and Norman Dean, as a haphazard repository for pictures, battle reports and notes on the NQSYW. It may even eventually include a guide to the armies and uniforms of the NQSYW, but please expect things in sporadic bursts over a long time.

The Armies of the NQSYW